In a legendary move of ideological checkmate, House Rep. Louie Gohmert (R-Texas) decided to ride the recent tide of anti-racism by introducing a resolution that would ban any political party that has historically supported the confederacy or slavery in the U.S.. Getting behind the resolution are GOP Reps Andy Biggs (R-Arizona), Andy Harris (R-Maryland), Jody Hice (R-Georgia), and Randy Weber (R-Texas).

“Wow, what are so many Republicans doing getting behind a bill that would dissolve a political party with a racist history?” you might be asking. And, for that matter, why wouldn’t every single Democrat get right behind it? After all, if the Democrats are anti-slavery and always have been, their votes should be magnetically drawn to any bill that wipes out any party with a history of slavery. Right?

You may even feel an impetus to look into the history of both the Democrat and Republican parties, and their respective histories with slavery and the confederacy. And you may have even come to some shocking realizations.

Which was probably one of the things the resolution was designed to do.

“A great portion of the history of the Democratic Party is filled with racism and hatred. Since people are demanding we rid ourselves of the entities, symbols, and reminders of the repugnant aspects of our past, then the time has come for Democrats to acknowledge their party’s loathsome and bigoted past, and consider changing their party name to something that isn’t so blatantly and offensively tied to slavery, Jim Crow, discrimination, and the Ku Klux Klan,”
-Rep. Gohmert

Ooh, snap! The sharp end of cancel culture has just been skillfully turned on it’s wielder! If the left can justify changing street names due to the connection of the names to pro-slavery figures in the past, the same justification could be used to change the name of the Democrat party! As for what to call them from here on, you could probably think of some suggestions.

Gohmert gave some solid examples of racism tied directly to Democrats. But you might be wondering, what about Republicans? At the time of the Civil War, the Republican party was freshly-founded by Abraham Lincoln shortly after the collapse of the Whig party. Republicans were a northern party that was strongly opposed to slavery, with black Republican Fredrick Douglass (whose statue was among those recently knocked down) being a key figure in the Underground Railroad, which freed slaves.

If you think Douglass was passionate, you’d get a kick out of Thaddeus Stevens, a Radical Republican congressman who was so anti-slavery, that he wanted to revoke the voting rights of slave owners! He was a driving force behind the 13th, 14th, and 15th amendments to the U.S. Constitution, which today are used as foundations for civil rights legislation. Not only that, he pursued the impeachment of Andrew Johnson, a racist president. Johnson’s impeachment failed by only one vote, but reduced the racist president to being a mere figurehead for the remainder of his term. By the way, the racist Andrew Johnson was a Democrat.

While there are some racist people who call themselves Republican today, their racist stances aren’t officially held by the party, and the rest of the Republican party regards them as outliers. 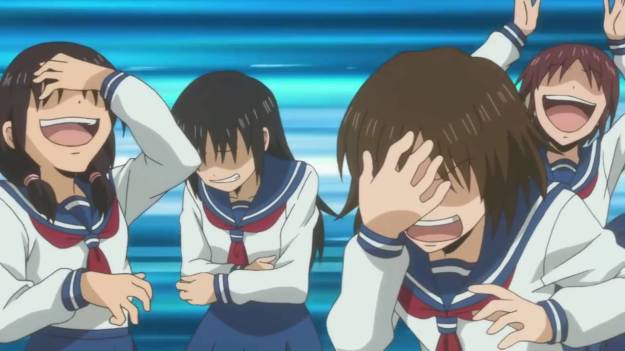 So, this particular resolution puts Democrats in a pretty bad spot. They are notorious when it comes to virtue signalling on race issues, apparently due to guilt over the skeletons in their closets. Therefore, one might expect them to vote in favor of the resolution. But if they do, they’d be voting for the dissolution of their own party! But if they vote against it, they’d be disappointing their constituency, and would risk losing minority voters, on top of the many voters who would have learned something about them, in light of this resolution.

This is trolling on a scale never before seen. If Rep. Louie Gohmert were one of the bad guys, he’d be an Avengers-level threat.