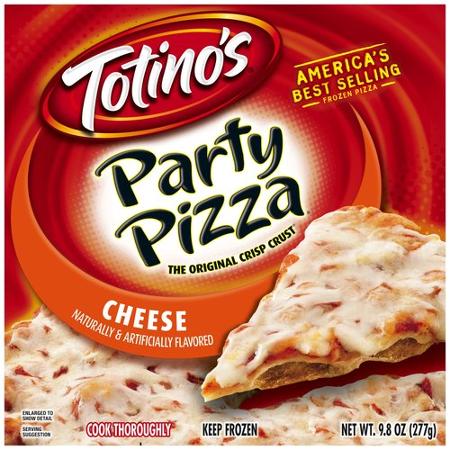 To make food for someone else is like an expression of love. However, some people try really hard and fail. Others fail without the effort. This post offers advice on how to fail at making pizza.

It’s hard to imagine that anyone needs the advice in this post, but a lot of people put it into practice, anyway.

Step two: Go cheese.
It seems to me that the most popular variety of frozen pizza is cheese pizza. I think that this is because cheese pizza is like a blank canvas, whereon one can put whatever ingredients they please. To make the least of your cheese pizza, just put it into the oven as it is. To take this further, go for the cheese pizzas that, for whatever reason, don’t even have tomato sauce. I’m not sure why I’m seeing more cheese pizzas without tomato sauce. Does anyone enjoy it that way?

Step four: Burn the cheese.
You’ll know you’ve left the pizza in the oven for too long when the cheese is dark brown. To make a real failure of a pizza, overbake it so the cheese is the hardest part to bite through, so that when someone attempts to take a bite out of a slice of pizza, they end up taking the rest of the cheese from the slice with it, possibly getting tomato sauce on their chin. This wouldn’t happen if the tomato sauce were omitted, however, so there’s a bit of a trade-off there.

Step five: Only slice the cheese.
Once the pizza is out of the oven, take the pizza cutter across the surface of the cheese. It’s permissible if the pizza cutter does make it through the dough, as long as the pizza maintains it’s overall integrity. But do cut the outer crust. The idea is to make it appear as though the pizza has been cut, so that when someone tries to take a slice of pizza with the expectation that the slice will come free, the person ends up having to slice through the pizza with a spatula to finish the job you started. Truly bad pizza isn’t just sub-par, it’s spiteful.

Step six: Set on middle of table to serve, then sit in the other room to watch soap operas.
At this point, you probably won’t be interested in partaking of your own handiwork. There are still many cafeterias you’d be well qualified for, however.

Have you had a bad pizza before? Please share in the comments section.