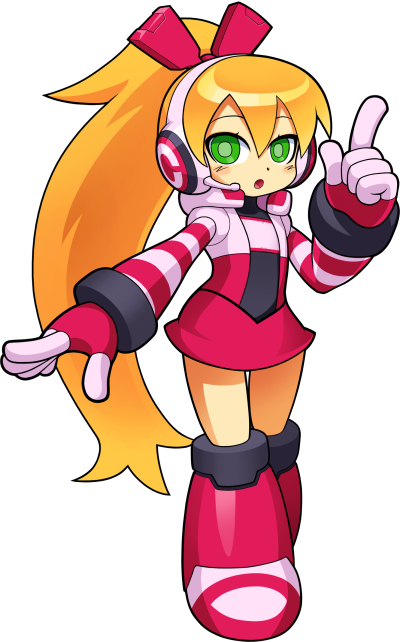 Pictured above is Call, a character from the recently-released Mighty No. 9 (released in 2016).

While many people are aware of a Cartoon Network cartoon known as The Powerpuff Girls, what isn’t so widely known is that there was a short-lived anime adaptation of the show called “Demashitta! Powerpuff Girls Z” (released in 2006, and yes, that’s what it was called). The show lasted for two seasons with 52 episodes, and was criticized for (among other things) that the adaptation was too far a departure from the original show. The show incorporated Majou Shoujo genre elements including transformation, though the theme of the show was science, not magic.

The following is a screen capture from the show, showing one of the three main characters (both the people shown are the same character). Shown in front is Momoko Akatsutsumi, and in the background is her alternate persona, Hyper Blossom. 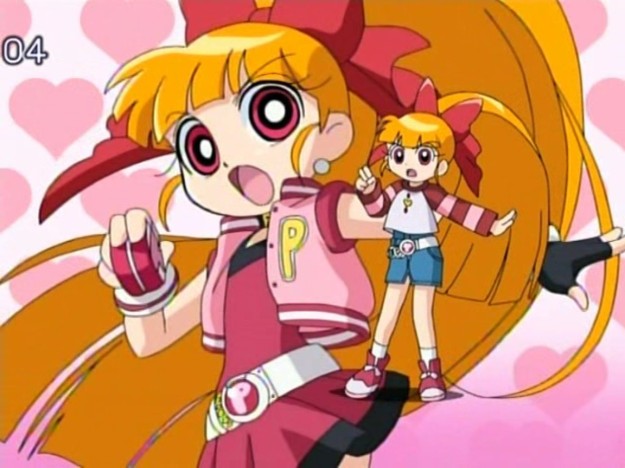 2 thoughts on “Is Call from Mighty No. 9 secretly a Powerpuff Girl?”