Another Pokemon World Championships has come and gone, and we get to look at another batch of winning teams. I saw the VGC Masters Division finals match live, which was a treat. But it was one pokemon in finalist Wolfe Glick’s team that had me watching with particular interest: Raichu!

Because I like Raichu, was was interested in seeing Glick take the title (also, I didn’t like the attitude of his opponent much). And I was not disappointed. After years of living in the mascot pokemon’s shadow, Raichu actually made the champion’s team, and as a key member!

It almost never happened. One of the Raichu’s key moves was Endeavor, a move a Pikachu can only have if it were a special gift Pikachu given to participants of a special tournament that only permitted Electric type pokemon, and that Pikachu would only have been awarded as a prize if Pikachu were used enough in the competition. (I participated in this competition, by the way.) The Pikachu was made available, and it’s evolved form, Raichu, made it into the champion’s team!

Here’s the breakdown of Raichu’s moveset, as made available on the official Worlds website:

Glick switched Raichu in when he predicted that his Primal Kyogre would take a Thunder attack, which activated Raichu’s Lightning Rod ability, which draws Electric type attacks to itself, nullifies them, and gives Raichu a Special Attack boost for its trouble. Fake Out wouldn’t do much damage, as evidenced by the Attack-reducing Timid nature. It’s apparently there to disrupt the opponent’s plays, such as preventing Primal Groudon from attacking. High Speed gives Raichu a faster Fake Out, which can land before many opponent’s priority moves. Volt Switch can then get Raichu out of there while simultaneously attacking, so Raichu can get another Fake Out in later, and disrupt future Thunder attacks. The surprise for me is the presence of the Assault Vest item, which gives Raichu plenty of Special Defense. This Raichu can take an Origin Pulse attack, and then come back with an Endeavor to make the opponents easier to clean up for its opponents. Nuzzle gives Raichu a means outside of Thunder Wave to paralyze opponents, and isn’t restricted by the Assault Vest item.

Raichu’s EV spread is pretty specific, but it’s designed with some specific circumstances in mind. For example, one of the most popular pokemon in Worlds is Mega Kangaskhan, which also has the move Fake Out. Between dueling Fake Outs, the fastest one wins out. This EV distribution allows Raichu to outspeed Mega Kangaskhan by one point. This spread also enables Raichu to survive attacks to allow it to get some nice Endeavor damage.

Glick was apparently one of three participants in the top 8 with the same strategy, so it seems like the idea to use Raichu in this way has been going around. Being someone who likes Raichu, I think it’s great to see Raichu finally get some love. And not just in the form of a Worlds victory, but also with a new form in the upcoming games, Pokemon Sun and Moon. 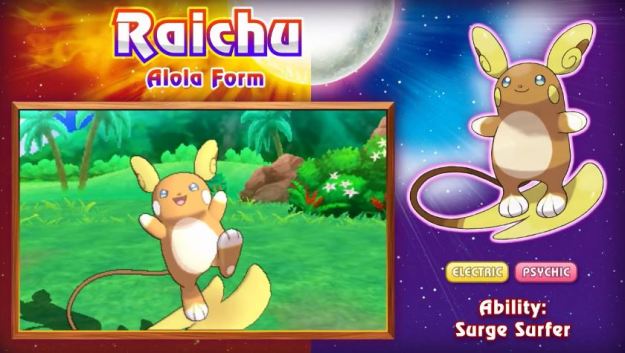 This Raichu even gets a neat new ability, which doubles its Speed when electric terrain is active. Considering that Raichu is already very fast, this probably isn’t necessary, but it’s still cool. The one thing that might hold it back, however, is its new secondary Psychic typing, which isn’t a very good type competitively speaking. It’s weak to Knock Off, which is one of the most common moves on the competitive scene. There’s also Pursuit to watch out for, which would effectively trap Raichu in certain circumstances. Assuming its base stats remain the same, Raichu’s normally low Defense wouldn’t help much.

But, who knows? Some genius might figure out a way to get this Raichu on a Worlds winning team.