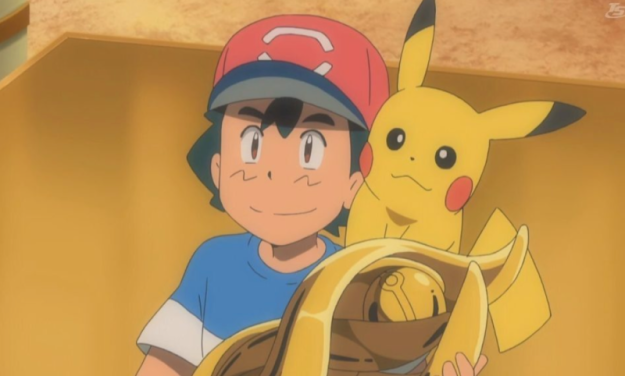 To be fair, Ash has won two similar victories in the past, those being the Orange Island League and the Battle Frontier challenge, but neither of those were leagues in the same sense as the Alola League, which held a tournament as other traditional Leagues do.

There have been those who have insisted that Ash should have won other league tournaments in which he participated, but I prefer to be more realistic about it. Most league tournaments in the Pokemon anime are single-elimination tournaments, wherein contestants are eliminated as soon as they’ve lost, after just one round. These tournaments can be pretty brutal, especially if there is a large number of participants, which would necessitate more rounds. While Ash may be the main character of his story, he’s every bit a person as everyone else who entered the competition, and those other people have had experiences just as valid as his. Because a large crowd participates in Pokemon’s league competitions, the odds of any particular contestant winning are very slim, but can significantly improve if a person is of a higher skill level. Because tournaments typically attract highly-skilled participants, the odds of an average-level participant taking top honors is very slim.

Ash’s league victory comes just after we’ve gotten a strong hint that the next generation of Pokemon anime will take place across all regions featured in the main Pokemon games, with the possibility that Ash may no longer be featured as the main character. If this turns out to be the case, granting Ash a league victory would give the character, and fans all over the world, closure that they’ve collectively been waiting a long time for.